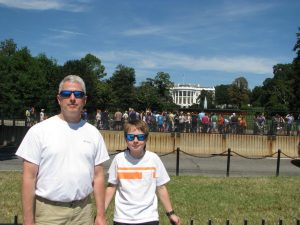 Too many Christians today don’t really do much with their Christianity other than say they’re Christian, show up at Church two or three times a year, and pray before an important event such as a test, emergency, or hospital stay.

Early Christians (as well as some today) paid dearly for their faith – at times they were killed and tortured. Somehow we’ve evolved from that level of determination and commitment to what I call “Candy Store Christians”. “Candy Store Christians” go to Church to be seen, they wave their arms around and sing a few songs and then leave, feeling really good about themselves. They do nothing else about their Christianity until the next Sunday. They vote for corrupt leaders, they keep silent when deep inside they know they should speak up, they don’t call, write, or visit their elected officials, they don’t make their children accountable, they don’t help others, they don’t say enough is enough when they know they should… the list goes on and on.

There’s more to being a Christian then getting a mental sugar high once a week. Like the song says: “They will know we are Christians by our love”, and I will add, by our leadership, and by our stopping the constant spread of evil. Evil attempts to confuse us, dilute our strength, divide and conquer so to speak – and its working pretty well.

I like the line: “they’re so full of faith they would run into Hell armed with nothing but a water pistol” (I think Joseph Prince said it in a video of a sermon on YouTube). Too many Christians today are afraid to step up and stand up for their faith. Jesus was whipped, tortured, killed, and spent three days in Hell for us, to save us, and do for us what we’re incapable of doing ourselves.

11. My beloved, as temporary residents and settlers, I want you to be done with all the body’s lusts, these that make war against the soul.
12. And let your behavior be beautiful before all humanity, so that those who speak evil against you shall see that your works are beautiful and that they glorify God on the Day of Transubstantiation (“The Eucharist,” also: “Heirdom.”).
13. So as [through those works] you may be of service to all humanity for the sake of God, of service to kings because they hold power,
14. [Be of service] to judges because some of them are sent to control the fools and to praise those that perform blessed works.
15. For this is the will of God, that through your beautiful works you will shut the mouth of fools, those that know not God,
16. Be like the children of the free and not like people who use their freedom to hide their evil works; thus be like the servants of God.
17. Respect every human being. Love your brother. Submit to God (And from God be in submission). And respect the kings.
Translation: the Aramaic New Testament www.v-a.com

I’m tired of, and frustrated by, Christians being treated like lepers and relegated to the back of the bus.

There are two things that do not have any place in a Christian’s heart: fear and hate. I’m not advocating violence or hate… neither is wanted or required.

Turn the other cheek does not mean “shut up and sit down” or “roll over and play dead” or feign stupidity and ignore the obvious. When we give our hearts to Christ, it’s a two way deal – you can rest assured He will uphold his end, but will we?

On this web site I will post my thoughts and those of some guest writers as well. I will also create Christian themed items such as shirts, mugs, stickers, hats, etc. that you can use to show the world your faith… as well as remind yourself.

The parallels between the demise of Christianity and the decline of The United States cannot be overlooked: if you could graph it, the graphs would be very similar. As a Christian we must not let evil eradicate our faith. We must take this seriously, because it is serious.

Please feel free to contact me with your ideas, suggestions, experiences, etc. I want to make this site a launching pad, as well as, a destination!

P.S. You can learn more about me here, at my Internet Business Site. 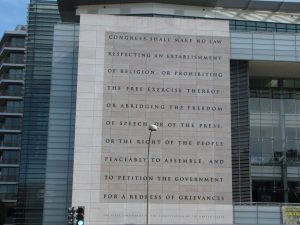