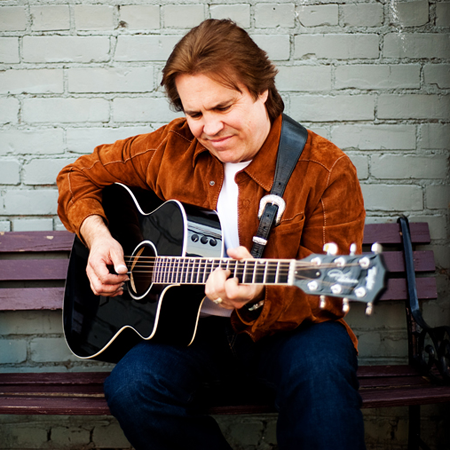 Did Doyle Dykes – A True Guitar Hero – Sell His Soul? He tells all in his new book The Lights of Marfa

Doyle Dykes released his first book: “The Lights of Marfa”.

If you play the guitar and you’ve never heard of Doyle Dykes then you’ve been missing something special. He plays with such talent and prowess that you’d swear he sold his soul to get his talent… and he did.

But unlike the jazz / blues legend Robert Johnson, Doyle traded his soul to God.

Doyle has a long history of music and God. Since he was 11 in 1965, when he ask God to give him a job to do, music and God have been intertwined, driving passions in his life.

“If people see that God is a God who loves us, then mission accomplished!”
~ Doyle Dykes 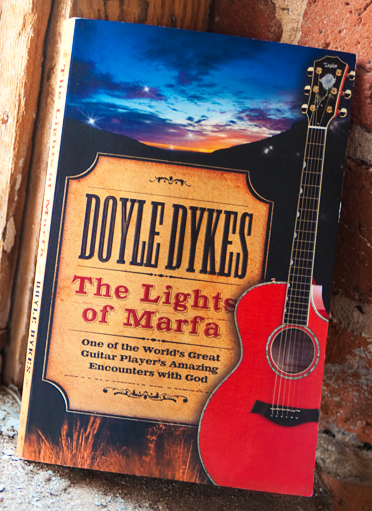 Doyle Dykes released his first book: “The Lights of Marfa”

Throughout Doyle’s life, he has had a lot of experiences that cannot be explained by any other source than the hand of God. In “The Lights of Marfa” Doyle tells his stories, history, and lifelong obsession with both God and the Guitar.

“The Lights of Marfa” is not a book just for guitar aficionados; it’s a book to inspire everyone. He includes plenty of photos, and even quotes his favorite scripture verses at the end of each chapter that he feels are related to that chapter.

There are plenty of his thoughts on guitars, tunings, and favorite players too.

The book includes a DVD that contains a song he wrote for the book, an interview, and several performances.

This is a lot of speculation around if Robert Johnson actually sold his soul to the Devil or not… but… there is no doubt that Doyle has given his soul to God. When Doyle was 11, he ask God for a job to do and promised that in return he would tell everyone he met about God. The deal seems to have worked out well for everyone involved!

Watching and listening to Doyle play will leave little doubt that his is a God given talent. Through his love of God he has touched many people.

I first learned about Doyle many years ago after purchasing my first Taylor guitar. Taylor is one of the best guitar companies in the world. They send out a quarterly magazine to the owners of their guitars. That’s were I first read about him. Doyle had been a professional guitarist for years and years, yet it seems that Doyle had all but stopped playing acoustic guitar. His encounter with Bob Taylor and Taylor guitars would change that forever (it’s in the book). Taylor now makes two Doyle labeled guitars: the Doyle Dykes Signature Model (DDSM) and the less expensive (but still not cheap) Doyle Deluxe. In the book he tells why the DDSM has a white rose inlaid in the headstock – you can see it in the photo and it’s another one of those unique stories. 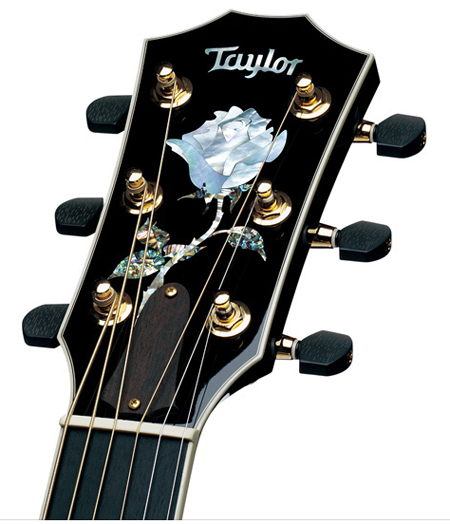 Get the Book!
Look him up on YouTube and Visit His Web site www.DoyleDykes.com.

Update: I hadn’t read much of the book when I wrote this post, but I’m well into it now: this is an incredibly inspiring book. Doyle’s writing is engaging as he weaves his stories. This is a book for everyone. Each time I think “man, that has to be the best story in this book”, I read a few more pages and the hair stands up on my arms again!

Update 2: I mean really… REALLY… who walks out the door after landing a job playing the guitar with the backup group for Elvis? Someone who will not compromise on his values.. you have to read this story… and, how Dolye’s strength to walk away from a lifestyle he wanted no part of… and how not long after that, saved the life of another singer/musician who watched Doyle stand up and walk out of the room. This man was standing on the roof-top of a hotel in Las Vegas ready to take his own life when he remembered Doyle walking out of that room and instead of jumping he went to Elvis and told him he quit. You need to read what Elvis said to him… Elvis was a good man who was trapped and his response proved that to me. 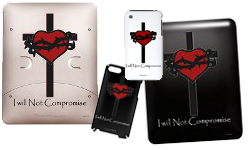 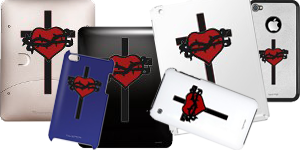